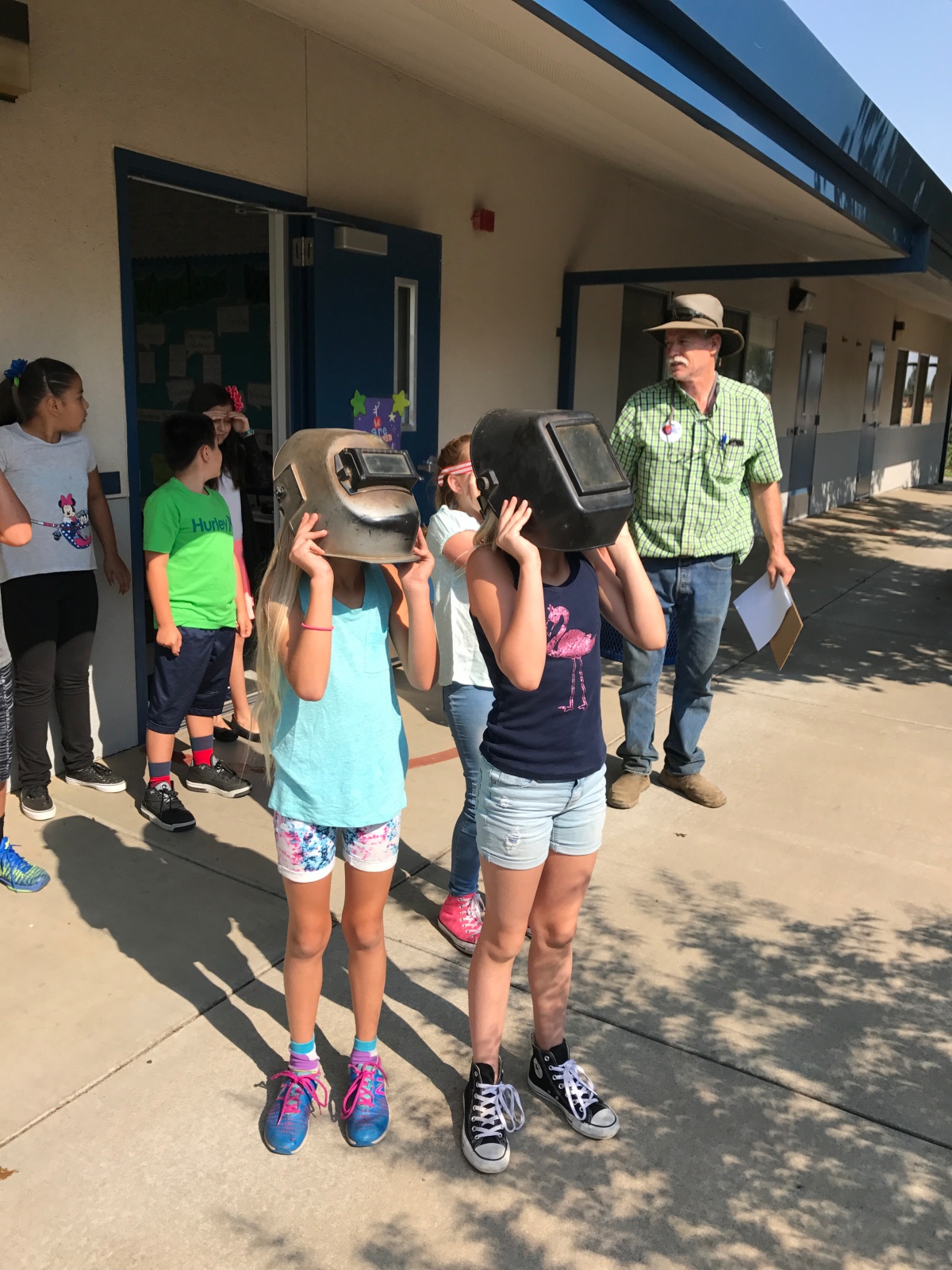 My husband Bruce brought welding masks to our daughter Rachel’s school so she and her 4th grade classmates could glimpse at the solar eclipse. Like other parents, farmers volunteer at their children’s schools. This was certainly a unique opportunity! Bruce grabbed a couple of welding masks from our farm shop and drove to Shirley Rominger Intermediate School (named after his Aunt Shirley) while taking a short break from harvesting his tomatoes. I was there too, taking photos of the kids–Rachel is on the right, wearing the flamingo shirt. And of course, it was necessary to bring food to the eclipse-viewing party: Moon Pies!

I just interviewed a peach grower for a magazine story that I’m writing, and he gave me a bunch of peaches, so I decided to make a pie. Robbie Bains of Yuba City will be featured in the upcoming issue of the California Canning Peach Association’s magazine. It’s really great to get fresh-from-the-farm produce! We grow about a dozen crops on our farm, but the only peach tree we have is a single freestone variety in the backyard, and the birds usually get most of our fruit. I interviewed this particular grower, along with his 10-year-old son, in their orchard near Gridley. It was nice to see a family farmer teaching his young son, who represents the next generation of American farmers. And my farm family was pleased to be the taste-testers of these delicious peaches!

To make the crust, mix together the flour and lard with a pastry blender. Beat the egg, salt, vinegar and water together; add the liquid mixture to the flour and lard. Blend ingredients, divide in half and put one half of the dough into the refrigerator. Lay parchment paper on the counter and sprinkle flour on it. (I prefer using parchment paper, but you can skip this and simply roll out the dough on a counter surface generously sprinkled with flour.) To create the bottom crust, place one-half of the dough on top of the parchment paper; sprinkle it with flour, and flatten it with a rolling pin. Use a spatula to lift the crust off the parchment paper and place the crust into the pie plate. Cut ½-inch outside of pie plate.

To make the filling, place the sliced peaches in a colander for about 15 minutes and drain excess liquid. Then gently mix together the peaches, lemon juice, 1 cup sugar, flour and cinnamon; transfer to the pie crust. Dot with butter.

Take the other half of the dough out of the refrigerator and make the top crust; sprinkle flour on the parchment paper, then flatten out remaining dough with the rolling pin, and place it on top of the peach mixture. Flute edges. Cut vents in the top crust and sprinkle with sugar. Cover the pie edges with a pie crust shield (or use strips of aluminum foil) and bake for 20 minutes in the preheated oven. Then remove pie crust shield, and continue baking for another 25 minutes, until the crust is golden brown. Serve warm or at room temperature; a scoop of vanilla ice cream is highly recommended! 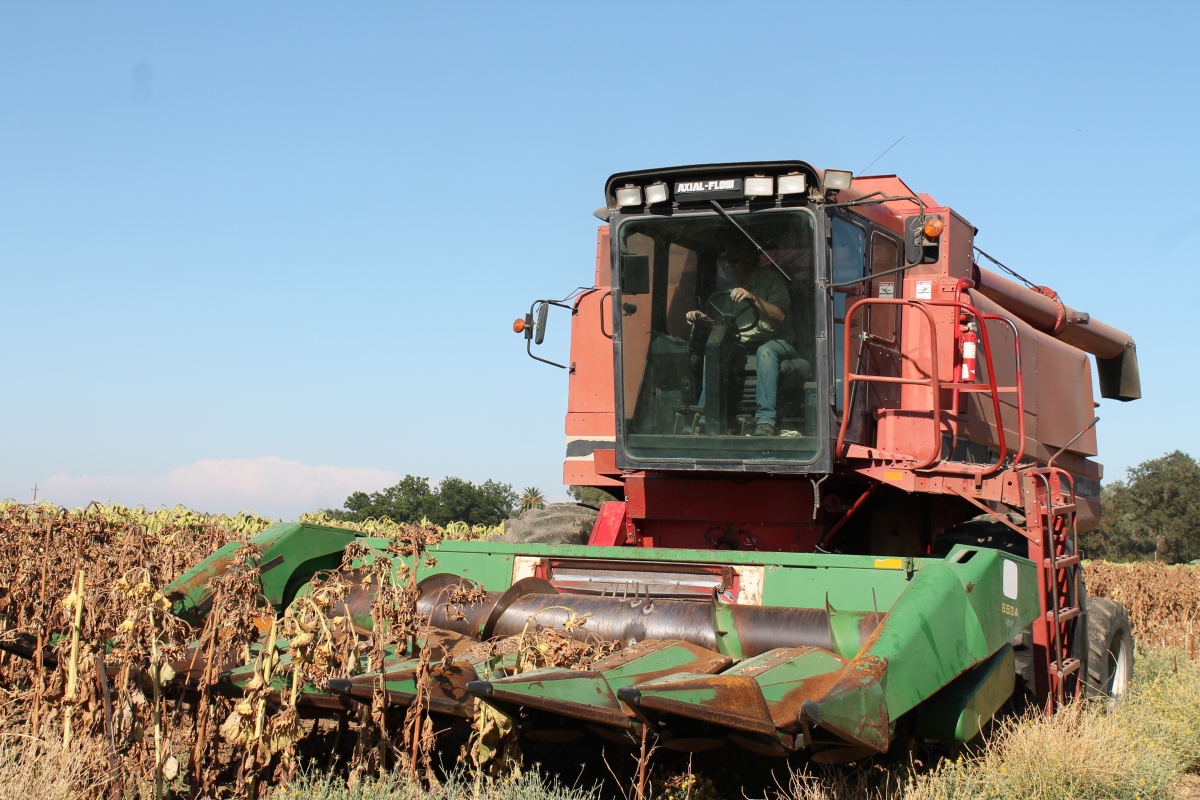